Power on the Water: How Solar is Taking to the Seas 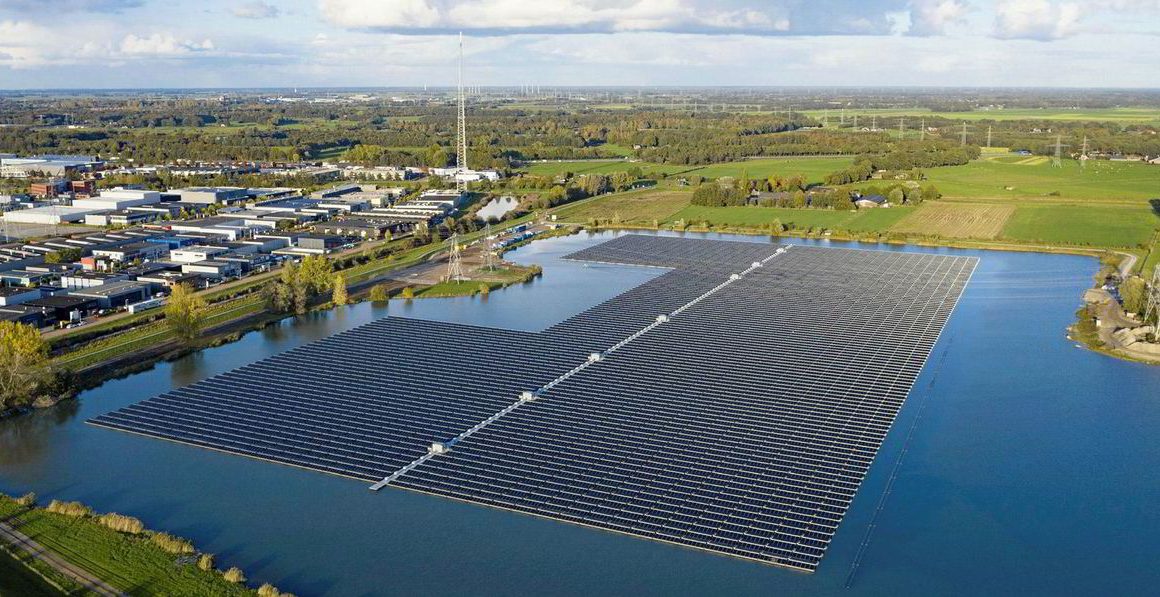 Solar energy has been welcomed into the world in a big way. Many families and communities are turning to renewable power sources to reduce their impact on the environment. Solar is adaptable and has enormous cost-saving potential.

A Bloomberg New Energy Finance analysis predicts that half of the world’s energy will be generated by solar and wind by 2050. This stems from the decreasing cost of installation and battery storage.

Traditional solar arrays are installed on a building or at ground level on poles. However, innovative companies have discovered that it is possible to install solar panels on water.

The solar farm consists of panels that float. The annual yield will be 13.330 MWh, which will cut CO2 emissions by around 6,500 tonnes. That is equivalent to the energy needed to power 4,000 homes.

A floating solar array eliminates the need to occupy precious land. This is a key development because it means that industrial pools, small lakes, reservoirs, and other bodies of water can also be used to generate power.

The World Bank found that just 10% of man-made freshwater reservoirs throughout Europe can potentially produce more than 200 GWp if floating solar panels were installed.

The undertaking introduced unique challenges. Floating solar panels require improvised cabling, adequate anchoring, and the need for walkways. BayWa.re used its ground-mounted design and developed it for an aquatic environment to address these concerns.

Other countries, including Belgium and Portugal, have plans for their own photovoltaic projects in the future.

China is also on board with renewable technology. Former coal miner Sang Dajie wanted to do something safer, so he became an electrician. He now works on the world’s largest floating solar farm.

The structure sits on a flooded coal mine located near Huainan city. The array includes 166,000 panels. Sang discussed the hazards of working in coal mines in China. The temperatures were hot, and the air was not safe to breathe.

China is known for some of the worst air pollution in the world. By switching to clean, sustainable power sources, the country can continue to grow its industry while generating less pollution.

The Chinese government promised to invest $360 billion into clean energy projects by this year. Their efforts are projected to create 13 million new jobs.

Solar Power on the Sea

Floating solar farms are primarily confined to inland bodies of water. However, developers are researching floating PV panels that could be used on the ocean. Ghent University, Jan De Nul Group, Tractebel, Dredging, and Environmental and Marine Engineering (DEME) in Belgium have come together to build a solar farm on the North Sea.

Their goal is to overcome the challenges of a lack of availability and high cost of land. The project is promising, but still faces obstacles. A floating solar farm usually costs 10% to 15% more than land-based arrays. An offshore version would likely be even more expensive to build.

Learn more about solar energy advancements by visiting Connect Electric. Let us know if you have questions about renewable energy for your home or business.