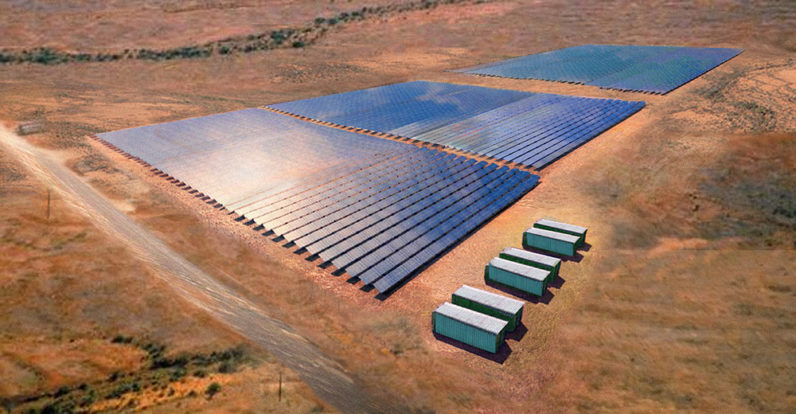 Solar panels are the heart of any solar system. Without them, the equipment couldn’t collect energy. When most people think of solar power, they usually envision a small array in a yard or installed on someone’s roof. These systems exist and have many benefits, but they aren’t the only way we can harness the power of the sun.

Many areas use or plan to use large-scale solar systems. These are also known as “solar farms,” with the intent of generating electricity in bulk. Connect Electric wants to explore this renewable technology and how it changes the way power our lives.

How Do Solar Farms Work?

Solar farms require more space but have a much higher capacity than a household array. They also use panels to convert sunlight into direct current (DC). Inverters convert the DC energy into alternating current (AC) that can be fed into the grid.

In a solar farm, panels are installed on small towers over a large area.  These are usually positioned away from trees or buildings that can cast shadows and reduce the amount of sunlight they can collect. The installer will determine the optimum position to ensure maximum sun exposure all year long.

Large-scale solar systems are appealing for businesses or communities. Since they are bigger projects, an area can be carefully chosen or modified to ensure optimum output. Arrays installed on individual homes may have less flexibility, which can reduce their effectiveness.

Renewable technology in Australia is growing at a rapid rate. Large-scale solar systems, in particular, have experienced significant expansion.

According to Green Energy Markets (GEM), renewables experienced a “banner year in 2018.” They contributed over 21% of all electricity produced in Australia. This also marked the first time that sustainable energy reached the 20% mark in 40 years.

Rooftop solar systems generation was 86% greater than the annual average additions recorded in 2015 through 2017. However, large-scale systems were even more impressive with growth of nearly 300% compared to 2017.

Solar shows no signs of slowing down. The industry consists of over 3,800 businesses with annual retail sales of more than $2.5 billion.

Not only is solar a reliable energy source, but it has also become an integral part of Australia’s economy. Its growth is strong, and it provides jobs across the country.

Government incentives also play an essential role. If the government was to remove or reduce the Renewable Energy Target, then demand would drop by as much as 50% and could lead to the closure of a thousand or more small businesses.

Renewable energy influences local economies and domestic job growth. It provides a clean alternative to fossil fuels. It’s highly adaptable and can be used for large-scale production, making it a viable commercial option. It currently powers communities across Australia and continues to expand its reach as costs go down and efficiency goes up.

Connect Electric can help you learn more about small and large-scale solar systems and renewable technology. Contact us today to discuss your energy needs.