Most people know that solar energy is beneficial because it doesn’t consume non-renewable resources. That’s a big benefit, but it isn’t the only positive feature solar has to offer. It also helps stop pollution.

The Effects of Pollution on the Environment

Pollution can contaminate soil, air, and water. This has a dire effect on the ecosystem.

Air pollution leaves toxins on plants that are later consumed by wildlife. This can kill off essential populations of animals that are necessary to maintain the food chain. It can also increase the risk of health problems in wildlife due to contamination.

Litter like plastic and metal garbage doesn’t break down easily and can harm living things. In the ocean, discarded refuse is a serious hazard for marine animals. Pollution in the soil can kill plants or contaminate them, making anything that ingests them ill.

The Effects of Pollution on People

Pollution can also have a more personal impact when it comes to our health. Air pollution can cause respiratory illness and aggravated cardiovascular disease. It also places more stress on the heart and lungs, forcing them to work harder to supply oxygen to the body.

Short term exposure may cause discomfort but may not have a lasting effect. However, long-term exposure can cause permanent damage including accelerated aging of the lungs, loss of lung function and capacity, and the development of diseases like emphysema, bronchitis, asthma, and cancer. It can also lead to a shortened lifespan.

Water pollution can be just as dangerous. It allows water-borne diseases to spread like cholera, typhoid, malaria, jaundice, dysentery, and amoebiasis. Nitrates in water can restrict oxygen in the brain, which is especially risky for babies. Petrochemicals increase the risk of cancer, even at a low exposure rate.

Solar energy is one of the most viable clean power sources we have. It can help reduce existing pollution problems and eliminate potential future concerns. How does solar stop pollution?

Solar makes it possible to go green without giving up the luxuries of modern life. Connect Electric is here to help you learn more about what life is like with renewable energy. Contact us today to find out if a new solar system can meet your needs. 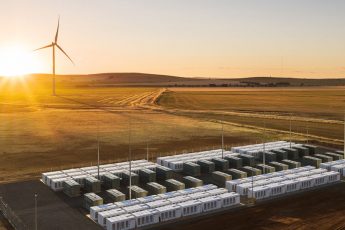