Solar Energy in the Arctic: Sustainability is Alive in the North

The Arctic is a harsh, unforgiving environment. Surviving there requires power sources that are rugged and reliable. A failure can mean the difference between life and death.

Adding to the challenge are the extended periods of darkness. When 24 hours can pass with no sunlight and temperatures lingering around -40 C, it is easy to see why solar technology may sound out of reach for people in this extreme environment. That’s why many communities rely on diesel fuel to power their homes and businesses.

While it works in the short-term, diesel comes with many risks. It’s more expensive than renewable sources and there is the potential for accidental spills in the marine environment. Remote communities must maintain travel and contact with other areas to ensure that a steady supply is available.

The Waterloo Institute of Sustainable Energy conducted a pre-feasibility study on 13 Nunavut communities on behalf of WWF-Canada. The goal was to determine if renewable energy sources could achieve the results needed in these regions.

Five communities have an especially strong business case for the deployment of renewables. The study found that the initial investment would be paid for by the reduced diesel expenses. The Hamlet of Sanikiluaq was the most promising, showing a potential 45% energy savings and 53% carbon dioxide emissions reduction. The other four communities include Rankin Inlet, Iqaluit, Baker Lake, and Arviat.

The concept of installing solar panels in arctic regions isn’t a new one.  Alaska’s largest solar farm, located in Willow, was turned on last year. Located a few hundred miles south of the Arctic Circle, Willow sees less than six hours of daylight during the winter season.

The 10-acre farm was projected to produce 1.35 megawatt hours annually, which is enough energy to supply 120 average homes all year long. The array consists of 11 rows of panels and nine 133 kW rows.

The two original 70 kW rows that were the pilot project for the farm are also in use. This initial endeavour proved that the farm could work on a larger scale. The first two rows were installed in 2018.

The Willow farm may be the biggest, but it isn’t the most northernly. Golden Valley Electric Association (GVEA) is a three-acre solar farm in Fairbanks, approximately 200 miles from the Arctic Circle.  Smaller farms have been installed further north, but GVEA is the largest of its kind at that latitude in Alaska. GVEA supplies energy to 70 homes.

Since snow can block sunlight, workers had to be hired to remove drifts from the panels. However, in dark months like December, the snow remains because there isn’t enough sunlight to justify snow removal.

Solar’s adaptability is impressive. We continue to learn more about how this energy source can be used, even in inhospitable conditions. Not only is it reliable, but it is also more affordable than ever before. Contact Connect Electric to find out how a new solar system can supply your home with clean energy for years. 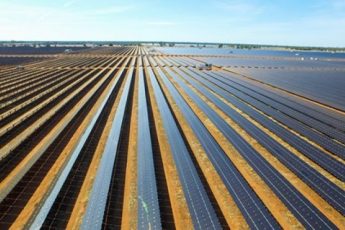